During his lifetime (1899-1957), Humphrey Bogart appeared in 75 feature films. In their locales, the films span the globe, from the Caribbean (To Have and Have Not) to the Mediterranean (Beat the Devil) to China (Satan Never Sleeps) to Mexico (Treasure of the Sierra Madre) to the Congo (The African Queen). Six of the films take place wholly in California. It is interesting to ask whether these films have anything in common that relates to the state.

The answer, in brief, is that the California films all use the backdrop of the state as a device to intensify portrayal of a character type that Bogart played often during his career, one that seemed to have almost infinite appeal to his fans. In his many years as an actor, Bogart played many kinds of characters, ranging from a menacing tough in gangster films to a courageous priest to a hardscrabble riverboat captain to a gold-crazed prospector. But the character type he seemed to play most often was that of the hero who discovers he has become entangled in surprisingly difficult circumstances and must look deeply within himself to find the qualities necessary to resolve the situation. This is certainly the pattern visible in the films that take place in California, all of which use selected aspects of the state (without any attempt to make general comments about the state as a whole) to intensify the films’ explorations of their recurring kind of hero. In theory, many locales in addition to California could have been chosen for the purpose. But locales in California were near at hand and the ones chosen were a very good fit.

Bogart’s first California-based film was San Quentin (1937), which appeared during the years when he was making the transition from Broadway to Hollywood and was not yet a major star. Bogart plays “Red” Kennedy, the brother of a San Francisco nightclub singer. Bogart is involved in a prison escape, is tracked down and shot by police, and makes it back to the prison gates where he dies. The film is exciting and the performances by all the key players are serviceable. But the fact that action takes place in San Francisco and Marin County is mostly a matter of character delineation, not any deep exploration of sense of place. It is convenient for the plot to have the prison location be so near to the big city environment that supplies urban grit and a maze of streets. By this means, the writers can use place to heighten the sense that the Bogart character is being gradually trapped.

Bogart’s next California film, High Sierra (1941), is tied to California more specifically. A convict named Roy Earle, played by Bogart, is released from prison but then pressured by former criminal associates into assisting with a robbery at a resort near Palm Springs. Earle struggles to find a way to avoid being ensnared in the robbery but finds he cannot do so, even after various well-meaning residents in the area try to help him. Eventually Earle steals a car and flees to the Sierra Nevada Mountains in hope of escaping the police who are after him. At this point, print and radio reporters join in the hunt, dubbing the fugitive “Mad Dog” Earle and gleefully describing the way he is shot to death by a police sniper. The film ends with the strong suggestion that Earle was a good man who tried to elude fate but could not. The film’s images of the mountains where Earle dies are powerful symbols of fate and also challenge audiences to think about the story they have been told.

The Maltese Falcon (1941), released shortly after High Sierra, takes a more paradoxical route. The San Francisco private eye Sam Spade, played by Bogart, is hired by a lower-class temptress to track down a rare work of art. At first Spade thinks the case will be easy to handle, but then when his partner Miles Archer is suddenly shot to death Spade begins to realize that he is becoming involved in very complicated matters and is not only the hunter but now also the hunted. Spade has to navigate past obstacles laid down by the police, exotic charlatans from the Middle East, and the temptress who first hired him before he can finally solve the mystery and extricate himself from it. And in this instance the California locale is central. It is difficult to imagine any setting better suited to symbolize the hero’s challenges than foggy, fishy, shadowy, maze-filled San Francisco. 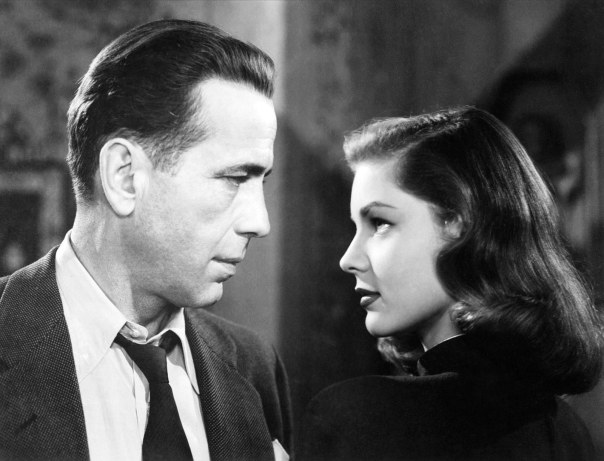 Much the same can be said of The Big Sleep (1946). Now the action is in Southern California. The story begins in Pasadena where the private eye Philip Marlowe makes his way to a mansion owned by a withered millionaire. Sitting in a wheelchair in a steamy room full of tropical flowers, the rich man asks Marlowe to find one of his daughters, who has disappeared. The Pasadena location and the menacing, artificially sustained plant life perfectly convey the decadence and complexity that are parts of the world of Southern California; and they foreshadow the ways in which Marlowe, like Sam Spade, will begin his journey as hunter but soon suspect that he is also being hunted as he is drawn further into the complexities of his case. Marlowe’s investigation leads him into conflicts with the police, a love affair with the missing woman’s older sister, a shootout with gamblers, and the discovery of a pornography racket before the puzzle is finally solved. All along the way, the LA-area settings add to the force of the story, even when some of them, like the scene involving the bookstore early in the film, are obviously indoor sets unlike any commercial street locales in Pasadena.

Dark Passage (1947) takes Bogart back to the Bay Area where the story again begins with an escape from San Quentin, this time with extensive and very effective use of outdoor photography, as the hero scurries up and down hillsides near the prison to elude police and then hops a ride across the Golden Gate Bridge into the city. Bogart has been wrongfully convicted of killing his wife and has made his way into San Francisco to find the real murderer. To disguise himself he illegally undergoes plastic surgery that alters his face. A long section in the middle of the film records his housebound existence and near blindness as he recovers from the surgery, masterfully conveying his sense of drift as he tries to understand the events that led to his imprisonment. Then, healed and with bandages removed, he determines who the killer of his wife is and tracks the man to a plot of land under the Golden Gate Bridge, where he kills him. But, having been temporarily the hunter, the hero realizes that he is still being hunted by the police, and so as the film concludes he escapes to Mexico and the start of a new existence.

The last of Bogart’s films to be set in California is In A Lonely Place (1950). The story is set in Los Angeles and concerns an embittered, once very successful screenwriter who is battling alcoholism. When he becomes a major suspect in a murder case, the writer cannot figure out what to do. But, differently from the earlier California films, this time the Bogart character finds his way out of his maze with almost no resort to physical action. The love of a friend, movingly played by Gloria Grahame, and extensive conversation are the major tools the hero uses to resolve his dilemma. And the Los Angeles setting fits well with the story. The hero’s contemplative response to his challenge seems to transcend the surface-oriented, unreflective behavior that is often associated with Hollywood.

It is difficult to know whether the pattern visible in Bogart’s California films was intentional on his part or due to something else. Producers, directors and writers all had a hand in crafting the films in which Bogart appeared. They may have been the ones who decided that selected aspects of California life and terrain were the ones most useful for exploration of a character type that interested them. But Bogart did agree to act in the productions and the intensity of his performances showed that the character type and the California situations in which he was placed were of great interest to him. In any case, California is the setting of several of his best films.